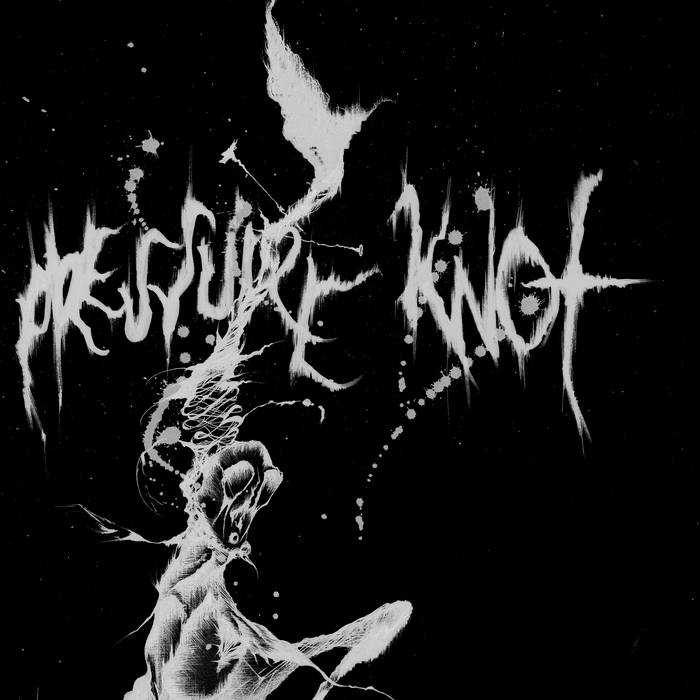 Formed in the frozen wasteland of Montana in 2014, Pressureknot is a three piece metal band that includes illustrious members from the local music scene in Rob Parker, Ben Meyer and Tony Killebrew. After being introduced to Ben through a mutual friend, Rob and Ben began discussions of mutual influences with the thought of putting something together. Soon after they realized that they were practically neighbors living less than a block away from each other and Pressureknot was born. They began writing and auditioning bass players in which one Tony Killebrew ascended from the crowd. With Tony in the band, Pressureknot was ready begin full practices with focus on writing and musicianship.
Guitarist and vocalist Rob Parker (Formally of Misled, Disdain, New Clear Vision, After the Flood, Disembodied Messiah and The Great Yellowstone Trendkill) grew up in the metal scene of New Orleans and has played with such greats and Jimmy Bower (eyehategod, Down, Superjoint) and Kyle Thomas (Exhorder). Rob’s influences range from southern sludge to thrash metal and includes elements of both in his guitar and vocal writing prowess.
Drummer and back up vocalist Ben Meyer has been a local talent for several years and has played with bands such as Bagworm, Fryday, Kayos Never Dies, Ashes of Gomorrah, Shangri-La, Only Threads Left, The Great Yellowstone Trendkill. Current bands include; Pressureknot, Assnyne, The Old Ones and The Nothin’ Yet Trio. Ben’s influences range from Pantera, eyehategod, Soilent Green, Cannibal Corpse, Black Sabbath and Slayer.
Bassist Tony Killebrew was born and bred on 80’s Thrash metal. He also finds solace in bands like Danzig and Black Sabbath. Tony’s previous efforts include; Cold Snap 9, 1090 Club, Back to Ruin, Sonic Crown, Law of Motion and The Great Yellowstone Trendkill.
Pressureknot has recently (Sept 2018) finished recording their full length album with Matt Gilg at Amplify Studios in Billings Mt. The album captures Rob’s matchless vocals full of wrath as well as scorching in your face metal guitar. Ben and Tony’s drum and bass are blazing in a dominant rhythm section that matches no other. Matt’s expertise in engineering and producing helped Pressureknot complete a solid tour de force that captures the unique sound and attitude of a metal band hungry for more. There are nine songs on the album and the total running time is 55 minutes. The recording has been mastered by Zach Ostwalt. Pressureknot is very excited for their initial release and plans to do a Release Party on May 7, 2019 with Hemlock.
Pressureknot has began exploring adding an additional second guitarist to the band to enlarge the sound and bestow rhythm guitar behind Rob’s guitar leads. The finalist has been chosen and will be introduced at the CD Release Party. Keep your eye open for these guys to bring the heat and generate a show worthy of all the spector imagined in today’s metal scene

Bandcamp Daily  your guide to the world of Bandcamp